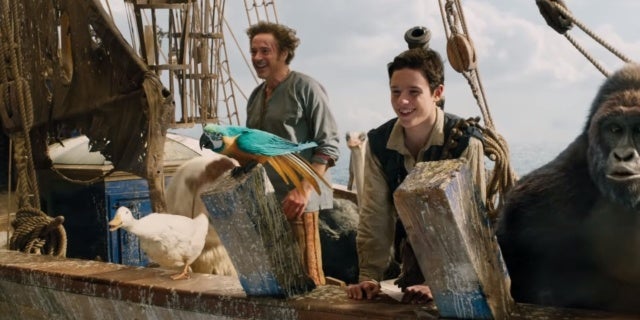 This weekend at the box office is a tale of two very different movies and their polar opposite performances. Sony resurrected the Bad Boys franchise by delivering Bad Boys for Life, a sequel that fans of the Will Smith and Martin Lawrence film series have been waiting 17 years to see. Despite poor critical reception and average box office returns for the first two movies, Bad Boys for Life topped even the highest expectations and turned out to be the best film in the series, a result that can be clearly seen in its incredible opening weekend results. On the other side of that coin is Robert Downey Jr.‘s Dolittle, which stands to lose a ton of money during its theatrical run.

On paper, Dolittle had a lot going for it. The film is based on a classic story and character that people are familiar with, it’s accessible to everyone in the family, and it stars Downey in his first movie after leaving the Marvel Cinematic Universe. Despite all of those factors that should result in box office success, Dolittle is struggling to break even. According to a new report from Yahoo!, Dolittle could be in for a loss of around $100 million.

The film itself cost Universal $175 million, which is a lot of money for non-franchise family project, and that’s not including the advertising and promotional material. Dolittle opened this weekend to just $30 million in North America and a measly $50 million total around the globe. Seeing as how a film’s opening weekend is almost always is biggest, this spells trouble.

The only chance Dolittle has to make its money back is a strong performance in a few markets that have yet to see it released. With over 20 markets to go, there’s obviously an opportunity to make some money, but the projections don’t look promising and many of the upcoming markets aren’t that large in size. Dolittle‘s hope will rest in China, one of the world’s biggest theatrical markets. The film hits the country in February and the popularity of Avengers: Endgame could propel people to the theater, as they will be eager to see Downey on screen again.

Of course, the reviews of Dolittle aren’t helping the situation, and they’re likely a major reason for the flop. The film has bombed with critics, earning just a 19% on Rotten Tomatoes.

Do you think there’s any chance Dolittle breaks even at the box office? Let us know your predictions in the comments!