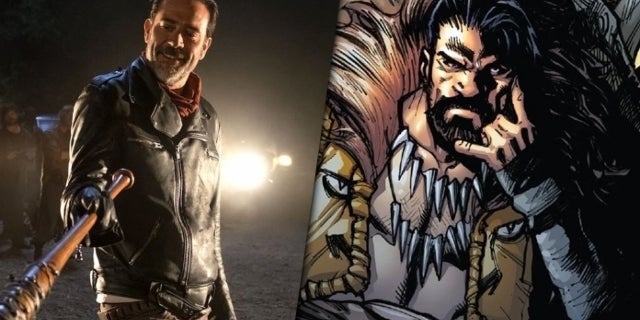 Production on Spider-Man 3 will begin, making it the third solo film for Tom Holland’s Peter Parker set in the Marvel Cinematic Universe. Since the villains for the first two movies used villains we have yet to see in live-action, there’s been a growing contingent online hoping the third time around would mark the live-action debut of fan-favorite Spidey baddie Kraven the Hunter. Now, one popular fan artist has imagined an A-list name in the role.

Fan art master BossLogic took to Instagram Saturday to unveil a mock poster for a Disney+ series called That’s So Kraven. The poster features The Walking Dead standout Jeffrey Dean Morgan as Kraven the Hunter, something many might consider a “too goo to be true”-type casting.

At one time, Black Panther director Ryan Coogler had wanted the character to appear in the series, though that was likely complicated by the deal between Sony and Marvel Studios at the time the movie was being made.

“Being a Marvel fan, you want to grab all the characters,” Coogler told Yahoo! Movies UK last year. “You realize there’s contractual things. You don’t have that character. There was a Christopher Priest run that was pretty heavy, there’s a big scene where Panther’s fighting Kraven, Kraven the Hunter.”

He continued, “I’ve always loved Kraven the Hunter in almost every iteration. So there was a moment — ‘Can I grab Kraven?’ – and they were [like] ‘Nah, you don’t have Kraven.’ He was one where I thought ‘Oh, man.’ But I don’t even know if he would have worked in the movie we ended up with, this was the early days.”

News surfaced this week Spider-Man 3 would begin filming this July in Atlanta, New York, Los Angeles, and Iceland. The Iceland part has some fans suggesting Marvel Studios could be using it as a stand-in for Volgograd, Russia, the home city of Kraven.

Who do you think will be the villain of Holland’s next Spidey movie? Let us know your thoughts in the comments below!