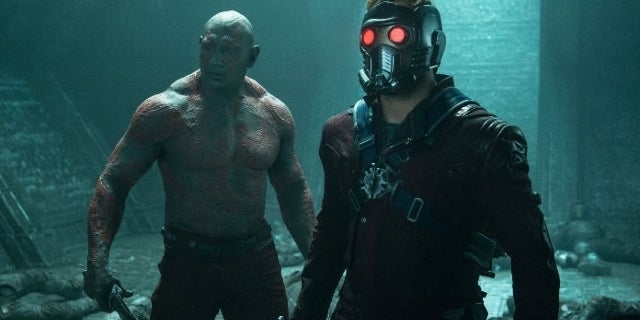 January 18th was the 51st birthday of Dave Bautista, the wrestler turned actor who is best known for playing Drax in the Marvel Cinematic Universe. Many people took to social media yesterday to send Bautista their love, including some of his Marvel co-workers. James Gunn, who directed Guardians of the Galaxy and Guardians of the Galaxy Vol. 2, wrote a sweet message that included some hilarious shade towards Chris Pratt. Eventually, Pratt quote tweeted Gunn’s post to send his own well wishes.

“Happy Birthday to @DaveBautista, a guy I’m lucky to be sharing my Guardians journey with, and the best friend a guy could have. Love you, buddy! ❤️ PS Who’s that dude photobombing our special moment?,” Gunn wrote.

While Guardians of the Galaxy Vol. 3 is not on Marvel’s Phase Four line-up, the film is expected to happen sometime in the future with Gunn returning to direct. However, the director is currently taking a break from Marvel to film The Suicide Squad for DC.

In addition to celebrating a birthday, it was also announced this month that Bautista would be teaming up with Aquaman star, Jason Momoa, for the second season of his Apple TV+ series, See. Per Deadline, Bautista joins the series alongside returning cast members Alfre Woodard (Paris,) Hera Hilmar (Maghra,) Sylvia Hoeks (Queen Kane,) and Christian Carmago (Tamacti Jun.)