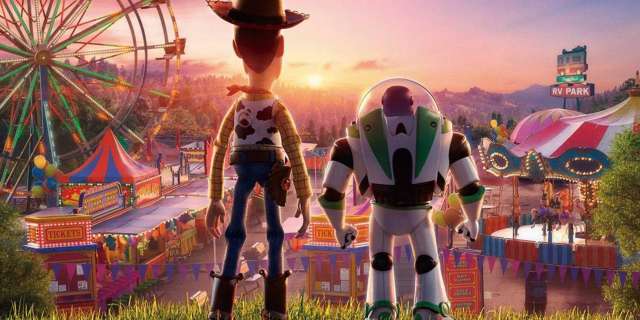 The streaming lineup on Disney+ was already great when it launched back in November, including recent blockbusters like Avengers: Endgame and Captain Marvel. In the months since, Disney has added even more major titles to the roster, with even more set to arrive in the coming months. Guy Ritchie’s live-action Aladdin remake just joined the service earlier this month and the final week of January will see The Lion King make its streaming debut. It now appears that the arrival of Pixar’s latest movie on Disney+ is just a couple of weeks.

There hasn’t been any big announcement from Disney about the streaming premiere of Toy Story 4, but the hit Pixar film is going to make its Disney+ on February 5th. If you log on to Disney+, you’ll see that the service has been updated to reflect the arrival of the fourth and final Toy Story.

Search for Toy Story 4 on Disney+ and you’ll see a placeholder for the movie, which allows you to play the trailer and add it to your watchlist. It also contains the message, “Coming Soon to Disney+. Due to existing agreements this title will be available on February 5, 2020. Add to your Watchlist now.”

Pixar will continue to have a big presence on Disney+ going forward, thanks to the production and release of short films and television projects. ComicBook.com spoke with Toy Story 4 producer Mark Nielsen late last year about the opportunities that the franchise would be afforded by the debut of Disney+.

“This is a new kind of way to tell stories and release them that we didn’t really have before,” Nielsen told us. “We’ve always done short films, and the DVDs often had a short film, but this does give us a greater chance. And while we don’t have anything in mind or any production related to Toy Story right now, beyond Lamp Life and Forky Asks a Question, the door is certainly open to that. And you’re right, these characters have such a great implied history and implied future. You can take any of these characters down a lot of really interesting roads.”

Are you excited to stream Toy Story 4 on Disney+? Let us know in the comments!