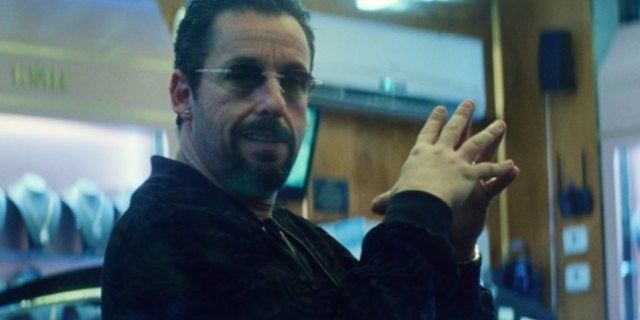 Today, fans were let in on the nominations for the 92nd Oscars. The Academy of Motion Pictures and Sciences shared their picks for this year’s event, and the Internet had much to say as usual. In the wake of nomination controversies last year, many had hoped this year would make amends, but that was not the case for Adam Sandler fans.

After all, it turns out the actor has been snubbed in a big way. Movie goers believed Sandler would score a nomination for his work in Uncut Gems, but The Academy Awards crushed that dream.

It turns out that Sandler has been snubbed for a nomination in the Best Lead Actor category. The section was populated by other well-known stars such as Antonio Banderas, Adam Driver, Joaquin Phoenix, Jonathan Pryce, and Leonardo DiCaprio.

In fact, it wasn’t just Sandler who was snubbed with Uncut Gems. It turns out the film as a whole was overlooked by The Academy. The movie did not receive nominations in any category, leaving fans of the dark horse film all kinds of furious.

As you can see below, fans are reacting in their own way to the snub, but they are all plenty upset. In fact, the number of snubs made by The Academy left many shocked. From Us to Uncut Gems, there were several films pushed out of contention this year, and fans are letting their dissatisfaction be known.

If you want to check out the full nominations for the Oscars, you can find them here.

What do you make of Sandler’s snub…? Let me know in the comments or hit me up on Twitter @MeganPetersCB to talk all things comics and anime!

The Oscar nominations are just so supremely boring and lifeless. No women directors, no Adam Sandler (???), no Uncut Gems at all, no Knives Out in Best Picture, a huge bias against A24, and finally…..

Very shocking noms with the #2020OscarNominations Very Happy and Disappointed with Big Snubs
1. No Adam Sandler for Uncut Gems
2. No Jennifer Lopez for Hustlers
3. Frozen 2 No Animated Feature
4. No Noms at all for The Farewell
5. No Taron Egerton for Rocketman pic.twitter.com/UDa4iSjJPO

My biggest disappointments with the #OscarNoms. No Adam Sandler or Taron Edgerton for Best Actor. No Lupita Nyong’o or Julia Fox for Best Actress. No Willem Defoe for Best Supporting Actor. No Uncut Gems for Best Picture. #Oscars2020 pic.twitter.com/5ZF9PaMN2E

JOKER got 11 Oscar nominations, including one for Joaquin Phoenix. But no Adam Sandler for UNCUT GEMS.

So gutted about no Adam Sandler nomination. Not even seen Uncut Gems but I was looking forward to his next film being about a shit that becomes sentient co-starring Kevin James and it being able to promote itself as starring “Oscar Nominee Adam Sandler” https://t.co/9QCM6y1387

No female directors.
No real surprises.
No Adam Sandler.

Taron Egerton got robbed.
‘Joker’ is overrated.
Hooray for ‘The Lighthouse’

No Adam Sandler??
No Uncut Gems AT ALL???
No Knives Out for Best Picture??
No Paul Walter Hauser??
No Sam F’N Rockwell??