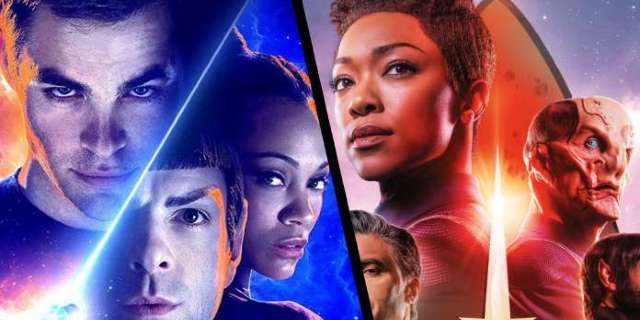 The Star Trek film series is going through some changes. The future of Quentin Tarantino’s Star Trek is unclear. Meanwhile, Star Trek 4 went from being directed by S.J. Clarkson to being on indefinite hold after negotiations with its stars broke down to now being written and helmed by Noah Hawley. At the same time, Paramount’s parent company Viacom has merged with CBS to form ViacomCBS, bringing the Star Trek film and television rights back under the same roof for the first time since Viacom and CBS split in 2006. Some fans may wonder if that could lead to some increased connectivity between Star Trek films and television.

Speaking to Deadline, Hawley says that working with Star Trek television producer Alex Kurtzman isn’t out of the question, but there’s no mandate in place to force such a collaboration. “I should. I know Alex,” Hawley says. “There isn’t a mandate from Paramount to connect it. And on some levels, there’s a bit of the wall, the TV version and the film version.

“I have my own story and want to make sure as I did with Fargo and Legion that I’m respectful to the underlying material. That I’m not unintentionally changing things that people love or feel passionate about. So, it’s important to do that research as I go.”

According to Hawley, his Star Trek movie will represent his own thoughts on the storied sci-fi franchise. “I have my own take on Star Trek,” said Hawley, “and going back to what I loved about the series Next Generation, when a lot of franchises focus on ‘might makes right’, Star Trek is about exploration and humanity at its best, and diversity and creative problem solving. There’s nothing better than that moment when William Shatner puts on his reading glasses and lowers Khan’s shields. It doesn’t cost anything. But it’s that triumphant feeling about smarting your enemy. For me it’s about to getting to those elements of the show. I don’t necessarily find action in and of itself interesting unless it’s story. So, it’s early days, I’m still talking with Paramount and I have a take and I gotta write a script.”

For his part, Kurtzman has said that little has changed for him as a result of the Viacom and CBS merger. “No, it’s very business-as-usual for us,” Kurtzman said in October. “It has not impacted our plans at all. We have a slate of shows that’s going to take us easily through the next five years. So that’s the plan looking forward, and if movies come into play then we’ll be ready.”

Disclaimer: ComicBook.com is owned by ViacomCBS.