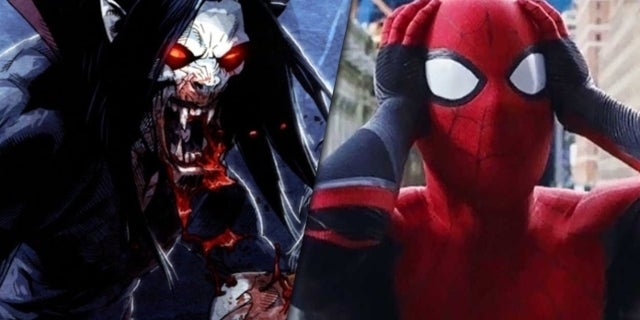 Sony’s Universe of Marvel Characters might be more connected with the Marvel Cinematic Universe than one thinks. New reports have started circulating online Sony’s Morbius will feature the likeness of Tom Holland‘s Spider-Man. ComicBook.com has since learned the Spider-Man mentions may come in the form of wanted posters plastered around New York City. Should the posters end up making the final cut, it would at least make Morbius MCU-adjacent, if not an actual full-time partner of the Marvel Studios franchise.

The latest rumors follow up reports from last October suggesting J.K. Simmons’ J. Jonah Jameson would appear in a small cameo, not unlike the character’s reemergence in Spider-Man: Far From Home.

What other surprises do you think are in store for Morbius? Let us know your thoughts in the comments below!

WEREWOLF BY NIGHT Returns With TABOO of the BLACK EYED PEAS
WOLVERINE and SPIDER-MAN Rejoin FANTASTIC FOUR – But Not With HULK or GHOST RIDER
Star Wars: The Rise of Skywalker Originally Had Luke Skywalker in a Bigger Role
MARVEL Shines Spotlight on EMPYRE Star EMPEROR HULKLING
The Witcher 3 Music Makes the Show’s Butcher of Blaviken Fight Scene Even Better