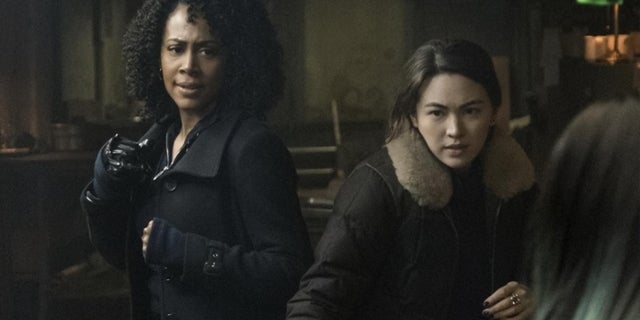 With the launch of Disney+ came a massive shift in the programming goals for the House of Mouse. No longer was the company interested in licensing its content to other providers; rather, it suddenly wanted to keep everything it could in-house. That led to the cancellation of Netflix’s Defendersverse, a tightly-knight group of shoes that included Daredevil, Jessica Jones, Iron Fist, Luke Cage, and The Punisher.

When it comes to shows like Iron Fist or Luke Cage, the latest seasons ended on massive cliffhangers because of the presumption there’d be additional seasons to tie up any loose ends. In the case of Iron Fist star Jessica Henwick, she’s disappointed she wasn’t able to pursue any additional storylines with Simone Missick’s Misty Knight in any of the shows.

“I definitely would’ve loved to have done more Daughters of the Dragon-type stuff with Simone (Missick),” Henwick told THR on the press tour for her latest film Underwater. “We had so many great ideas, and Simone and I have a really wonderful chemistry in real life. So, that’s something that I would’ve loved to have visited, but for the most part, Colleen had a great journey. It was this real zero-to-hero type moment for her at the end of season two. So, yeah, I feel happy.”

On-screen, Henwick’s character — the martial arts master Colleen Wing — had managed to secure the power of the Iron Fist from Davos (Sacha Dhawan) in an epic finale. In her last scene, fans were able to see her use the power to emblazon her signature katana with the power, something unlikely to be pursued at this point.

At one point, Marvel Television boss Jeph Loeb said he wouldn’t be surprised if any of the Defenders reemerged on another platform when they were able. Loeb has since been ousted from Marvel TV due to the merging of Marvel Television under Kevin Feige’s Marvel Studios umbrella.

“I would not be surprised if any of those things reemerged,” Loeb mentioned. “It depends on showrunner, it depends on of cast, all of those things. It’s not like we’re a doctor show where the show got because of bad ratings. These are shows that have very different reasons [for ending]. Most of which I’m not at liberty to talk about, nor should anyone really care at the end of .”

Both seasons of Iron Fist are now streaming on Netflix.