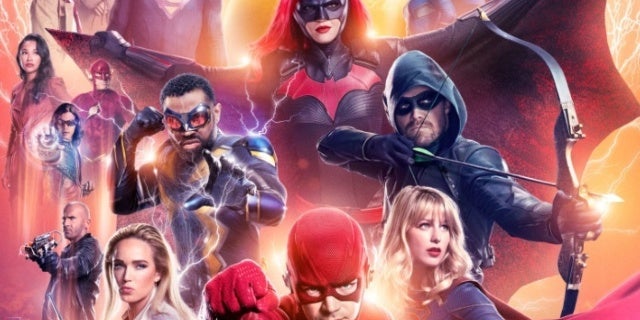 Despite reports from earlier in the year that The CW’s Arrowverse shows would be leaving Netflix eventually (something that could still happen at some point), a new report reveals that the latest seasons of each of the shows will be arriving on Netflix very soon. According to an extensive write up from What’s on Netflix, we now have a better idea of when each of the shows will be released online for viewers eager to binge, but there will be one major absence as a result of the new licensing deals with Warner Bros. Television and Netflix.

As the report states, Arrow‘s eighth and final season will likely be the first of the shows to debut on the service because of its shortened season. Typically the shows have arrived on Netflix just two weeks after the final episode has aired on The CW, which would put Arrow season 8 at debuting on Netflix in February of 2020; however, because of the final season being so connected to the “Crisis on Infinite Earths” crossover it may not premiere until the other shows have also debuted on Netflix to maintain cohesion. The Flash season 6, Supergirl season 5 and DC’s Legends of Tomorrow season 5 will be released in the May/June window of 2020 with Arrow potentially not arriving until they do.

Confusion abounds as well for the third season of Black Lightning, which could debut in March or April of next year if the “two weeks later” model is used. The one hang up is that the previous seasons of the series didn’t adhere to this time line and instead debuted in the fall of their respective years. As a result Black Lightning season 3 could debut in Spring 2020 or not until Fall 2020.

The big absence of course is the new series Batwoman. Due to Netflix and The CW not renewing their previous deal, all new shows that debut on the network won’t automatically go to Netflix. Batwoman in fact already has a streaming show once the season wraps up and it’s HBO Max. Warnermedia’s new streaming service will debut in May of 2020, meaning that the first season of the series could be a launch title for the platform when it’s available. At first glance this may not seem like a big deal, but Batwoman features the second part in the five episode “Crisis” crossover, meaning that a critical chapter in the event will not be available on Netflix with the other parts.

Ahead of their streaming debut, Batwoman and Supergirl will return on Sunday, January 19; Black Lightning will come back on Monday, January 20; January 21 will bring back Arrow and Legends of Tomorrow, with The Flash taking over Arrow‘s time slot on Tuesdays at 8 p.m. once Arrow ends for good on January 28.

DAN JURGENS Tackles LEGION OF SUPER-HEROES for FROM BEYOND THE UNKNOWN GIANT #1
KISS and MARVEL Reunite for Licensed Apparel, Home Goods, More
Ja’net DuBois, Good Times And The PJs Actress, Dies At 74
Build-A-Bear Releases Teaser for Doctor Who Line
Brandon Routh Confirms It Wasn’t His Decision to Leave Legends of Tomorrow