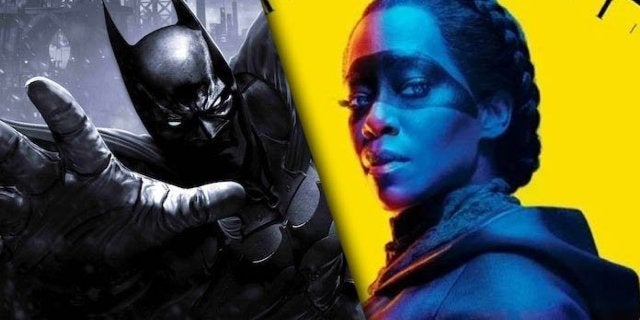 HBO’s Watchmen turned the show’s comic book-inspired universe on its head last in the past two weeks with a couple of major reveals. First, the episode “This Extraordinary Being” revealed that Hooded Justice is none other than Will Reeves, a black man who also happens to be the grandfather of Angela Abar/Sister Night. Then, Sunday’s “An Almost Religious Awe,” it’s revealed that Doctor Manhattan isn’t on Mars at all. He’s been living in Tulsa for the past decade pretending to be human as Cal Abar, Angela’s husband. Both of these reveals have shaken up what fans thought they knew about the show’s comics-inspired world but the Watchmen tie-in site, Peteypedia has added a new layer to things. The Batman character exists — and he’s black.

In the latest batch of Peteypedia entries, Agent Dale Petey shares a memo in which he digs into Angela’s childhood and looks at the inspiration she used for her masked police persona. That inspiration is a film called Sister Night, a Blaxploitation film about a “nun with a motherf****ng gun”. The film has significance for Angela as it’s a film she desperately wanted to watch, but her parents told her no right before they died. Per Agent Petey’s memo, Sister Night is itself a spoof of the Minutemen’s Silhouette and part of a genre of films referred to as Black Mask — Blaxploitation film takes on actual heroes. The memo notes that there’s a Black Superman spoof of Doctor Manhattan, Tarantula about Mothman and, interestingly a Batman spoofing Nite Owl.

This Batman situation is particularly interesting when one considers the Nite Owl character in comics. While the first Nite Owl, Hollis T. Mason, was a parody of The Phantom, the second Nite Owl, Dan Dreiberg, was a parody of Batman. By having Batman being a spoof of Nite Owl in HBO’s Watchmen, the show completely flips things around, a clever inversion of the story deeply in keeping with the series’ social and cultural commentary.

Of course, that’s not the only interesting gem from Agent Petey’s memo. It turns out that a theater in New York owned by Will Reeves has been showing Sister Night every Sunday at midnight since Angela first suited up as her own take of the heroine.