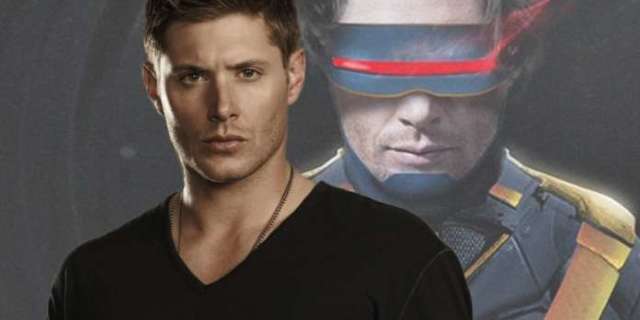 Disney purchased 20th Century Fox in March, making the X-Men available for use in the Marvel Cinematic Universe. Since then, Marvel fans have started to imagine recasting Marvel’s merry mutants for a rebooted X-Men movies franchise. Some of those fans have latched onto the idea of Supernatural’s Jensen Ackles playing Cyclops. One fan already released a design for Ackles as Scott Summers. Now artist BossLogic has put his spin on Ackles as “Slim.”

BossLogic puts Ackles in a version of the Jim Lee-designed Cyclops costume from the 1990s. This may be Cyclops’s best-known costume due to its use in X-Men: The Animated Series. A version of the costume appeared in the final scene of 2016’s X-Men: Apocalypse.

BossLogic tweeted out his take on the Marvel Cinematic Universe’s Cyclops. You can take a look below.

While fans may be anticipating the arrival of the X-Men in the Marvel Cinematic Universe, Marvel Studios head Kevin Feige has said it will be some time before that happens. “It’ll be a while. It’s all just beginning and the five-year plan that we’ve been working on, we were working on before any of that was set,” Feige said. “So really it’s much more, for us, less about specifics of when and where [the X-Men will appear] right now and more just the comfort factor and how nice it is that they’re home. That they’re all back. But it will be a very long time.”

That doesn’t mean Feige isn’t looking forward to having the X-Men, Fantastic Four, and others in his shared cinematic universe. “The truth is, I’m excited for all of them. I’m excited, and it’s not just the marquee names you know — there are hundreds of names on those documents, on those agreements,” Feige said at the Golden Globes. “And the fact that Marvel is as close as we may ever get now to having access to all of the characters, is something I’ve been dreaming about for my almost 20 years at Marvel. And it’s very exciting.”

Do you think Jensen Ackles would make a good Cyclops in the Marvel Cinematic Universe? Let us know in the comments.

Have you subscribed to ComicBook Nation, the official Podcast of ComicBook.com yet? Check it out by clicking here or listen below.

The crew is recovering from Comic-Con and we’re digging through all the week’s news headed into the weekend. The trailer for Will Smith’s Gemini Man, a new era of X-Men, our expectations for Zombieland Double Tap, as well as what’s new for the Halloween franchise – we’re diving deep in this episode of #ComicBookNation! Make sure to subscribe now to never miss an episode!