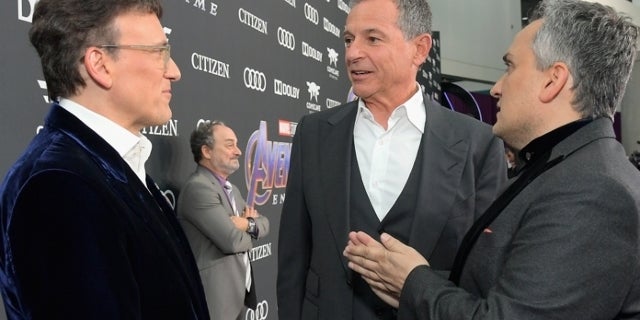 Come January, Disney could cease operations in the State of Georgia if a controversial abortion law goes into effect. In an interview with Reuters earlier today, Disney chief Bob Iger admitted that it’d be “very difficult” to continue filming in the Peach State once the law goes in effect. The Walt Disney Company, in addition to many other of Hollywood’s leading studios, have long taken advantage of Georgia’s attractive film tax credits.

“I rather doubt we will,” Iger told the news agency. “I think many people who work for us will not want to work there, and we will have to heed their wishes in that regard. Right now we are watching it very carefully.” Should the law take effect, Iger says he doesn’t see “how it’s practical for us to continue to shoot there.”

Earlier this month, Georgia governor Brian Kemp (R) signed a bill into law that’d prohibit women from getting an abortion after a fetal heartbeat is detected, approximately six months into a pregnancy — a time before many women are aware they’re pregnant.

“We have many women working on productions in Georgia, whose rights, along with millions of others, will be severely restricted by this law,” Sarandos said. “It’s why we will work with the ACLU and others to fight it in court. Given the legislation has not yet been implemented, we’ll continue to film there, while also supporting partners and artists who choose not to. Should it ever come into effect, we’d rethink our entire investment in Georgia.”

Both Jason Bateman (Ozark) and Alyssa Milano (Insatiable) have publicly said they’d refuse to film in the state after the first of the years in the law goes in effect. Both stars are currently involved with active shows on the streaming platform.

According to the Georgia Department of Economic Development, the state’s film credit system handed out tax breaks to record-breaking 455 television and film productions in their last fiscal year, which lasted from July 1, 2017 to June 30, 2018. The state says the breaks have resulted in over $2.7 billion of direct spending in local municipalities from the awarded productions.